Roughly almost two decades ago, I used to work as a corrections officer.  It was for a county jail.  My short story Night People came about as I worked nights as a CO and some of the more . . . interesting people one would meet.

Night People wasn’t meant to be a paranormal romance when I first wrote it, but that’s what ended up being.

Night People is about a lady named Abby Stone who has an abusive ex-husband.  But one man comes to her rescue, in the most peculiar way.

Please check out Night People on the following link to your favorite ebook retailer. 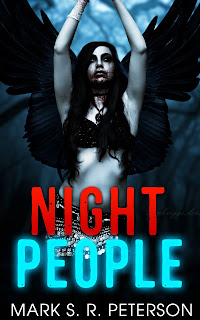 Christmas may seem like a world away at this point, but the lessons in my novel The Christmas Letters is something that can last all year long.

This novel got its inspiration from those in my family who write Christmas letters each and every year.  But with a twist: instead of writing about past events, what if one wrote about what their future year will be like?  Let your mind go.  Be inspired.

Volunteer at a homeless shelter.

Give anonymously to a charitable organization.

Start a side business.

Ask for a promotion.

What would be in your letter?

Click on this link to pick up The Christmas Letters from your favorite e-book retailer. 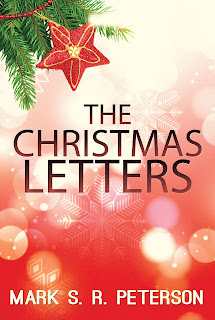 I still remember the day, sitting in church next to my son, when the idea for this book hit me.  I envisioned a man viewing his own funeral, telling God he was sorry for doing absolutely nothing with his life.

Then, this man would be visited by an angel and that angel would take him on a journey of his life, showing him key areas where he did make a difference in someone’s life.  Although these events may seem minor at the time, the ramifications in the future were immense and life-changing.

This would be the premise behind my novella Hope From Heaven.  Originally titled Gabriel’s Hope, it was published in October 2013. 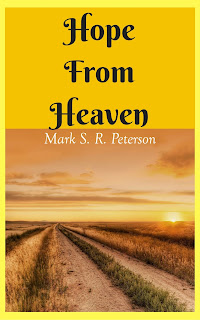 Guest of Honor is the first fiction book I indie published.

I wrote it as part of what I called my “NaNoWriMo in February” campaign.  NaNoWriMo (the National Novel Writing Month) is held every year in November, and personally it’s a poor time for me due to the holidays and hunting–although I think that’s the point of keeping to a steady writing schedule.  My plan for this book was to write it during the month of February.  Well, I wrote it in about six days.

Guest of Honor was a fun book to write.

It’s about a girl named Megan Dust who, after grieving the loss of her parents, hitchhikes from her northern Minnesota town to the Twin Cities.  But she meets someone along the way, including a family living in a secluded farmstead, who leads her down a mysterious path. 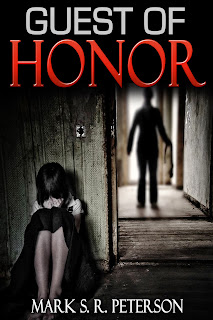 Interestingly enough, this book was meant as a stand-alone story.  But after repeated requests from readers, later this year I will be putting together the first novel in a series revolving the family Megan meets as well as Megan herself.  Stay tuned . . .

Beholder’s Eye is the first novel in my Central Division series of thriller novels–and soon to be shorter works, which will be titled Central Division Shorts, but more on that for another day.

Beholder’s Eye came about as the premise of “What if an investigator’s child is kidnapped by an illusive serial killer?  And what if the reason behind it was revenge?”

Now, the first what if is scary enough.  But the second one jacks up the tension to a whole new level.

Kolin Raynes, a new investigator for the Minneapolis PD’s Violent Crime Unit, arrives home to find himself in the midst of a kidnapping spree.  Teenage girls are being abducted, in broad daylight, by what appears to be complete strangers.  When Kolin assists with the case, they are on their third abduction. 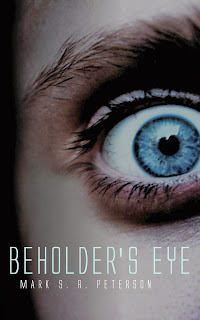 Here is a link to my website, which has links to several ebook retailers.